Albert Einstein famously said, “Scientists investigate that which already is; engineers create that which has never been.” A scientist describes electromagnetic radiation; however, the engineer takes that knowledge and creates modern technologies.

The current emphasis in education is “inquiry-based learning” or “experiential learning.” Quite simply, that means learning by doing, and it is the essence of the pedagogical framework for the Engineering Certificate Program (ECP) at Cape Fear Academy (CFA).  Is there any better way to learn than by taking an idea, maturing it, and then building it?

The ECP incorporates physics, technology, and fun into an opportunity for students interested in engineering. Through inquiry-based learning and experiential learning, students gain an appreciation for the exciting world of engineering. Whether or not students pursue engineering in college, the students will, more importantly, learn HOW to THINK (emphasis added) like an engineer.

In 2021, CFA launched the ECP as a new program and a distinctive opportunity for students to study engineering. Since then CFA has promoted the academic courses and expanded that support in 2022-23 with facilities that include a new physics “classatory” and  robotics and fabrication labs.  Students are well-equipped to take their engineering designs from concept to fabrication.

Learning to think like an engineer and using basic engineering tools like mechanical drawing and computer aided design are significant motivations in the Introduction to Engineering and Physics course. This course is a blend of algebra-based physics and engineering, since as Einstein correctly asserted, the disciplines are interconnected. Students study the full breadth of topics in mechanics, ultimately understanding the physics behind static equilibrium, which is the foundation of many engineering disciplines. Throughout the course, students learn mechanical drawing and the logical next step of computer aided design (CAD) to draw three-dimensional objects. The course culminates with an engineering design project in which students collaborate as an engineering design team, applying the principles learned throughout the course.

Below is an example of a 3D design of a toy wooden train created in Fusion 360 by Emily P. (Class of 2025). Also shown is her orthographic and isometric sketch of the base and wheels. 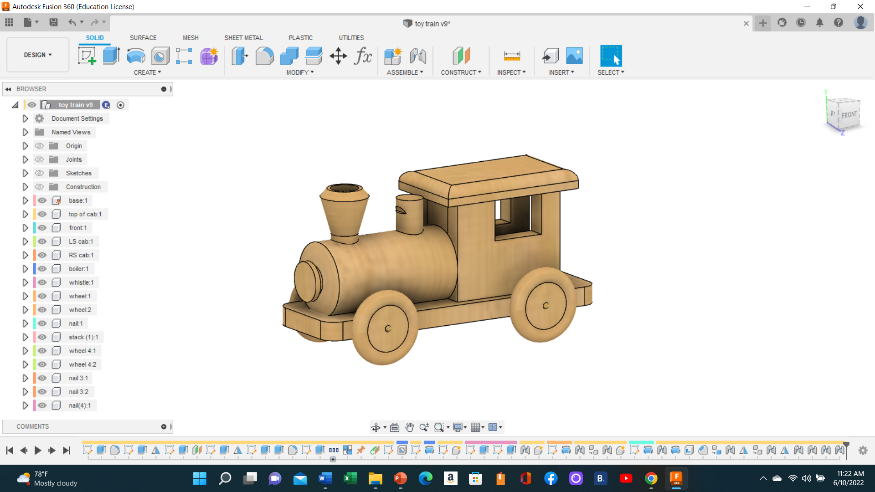 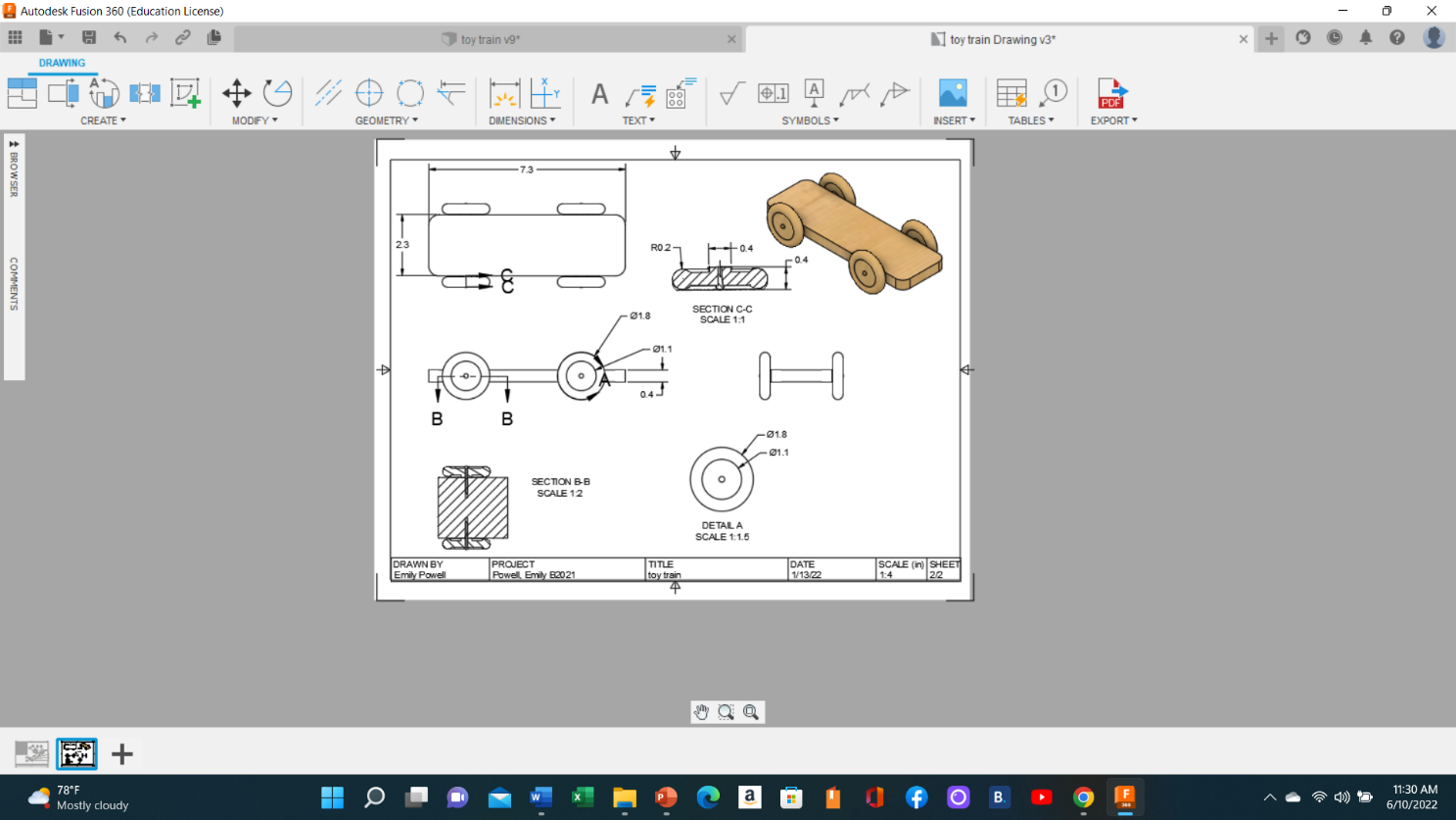 The ECP has both required and optional courses. Students must take Honors Physics or AP Physics C (Mechanics), Electromagnetism and Circuits or AP Physics C (Electricity and Magnetism), Engineering Design or AP Seminar and Research or an Independent Study, and two credits of electives from an approved list of classes that demonstrate some aspect of design. For example, Sewing and Fashion Design is on the list, since the principles of engineering design are an aspect of designing and creating clothing.

Whatever their specific area of interest — ranging from biomedical to software to mechanical — students considering an engineering career will be sought-after. The US Bureau of Labor Statistics’ Occupational Outlook Handbook notes that “from 2020 to 2030…about 146,000 new jobs are projected to be added [in architecture and engineering]. Most of the projected job growth in this group is in the engineer occupations, as their services will be in demand in various areas such as rebuilding of infrastructure, renewable energy, oil and gas extraction, and robotics.”

About the Author:BG (US Army Ret.) Edward P. Naessens, PhD, leads the Engineering Certificate Program and teaches in the science department at Cape Fear Academy. He has a BS degree in Nuclear Physics from the United States Military Academy, an MS degree in physics from Rensselaer Polytechnic Institute (RPI), and a PhD in Nuclear Engineering and Science from RPI. Naessens is a retired Brigadier General from the US Army, retiring after 38 years of service with his last 12 years serving as the Head of the Department of Physics and Nuclear Engineering at West Point. Naessens also serves as an assistant coach for the CFA Middle School Lacrosse team.

We embrace every opportunity to help people learn about Cape Fear Academy.
Select a button below to begin the conversation.